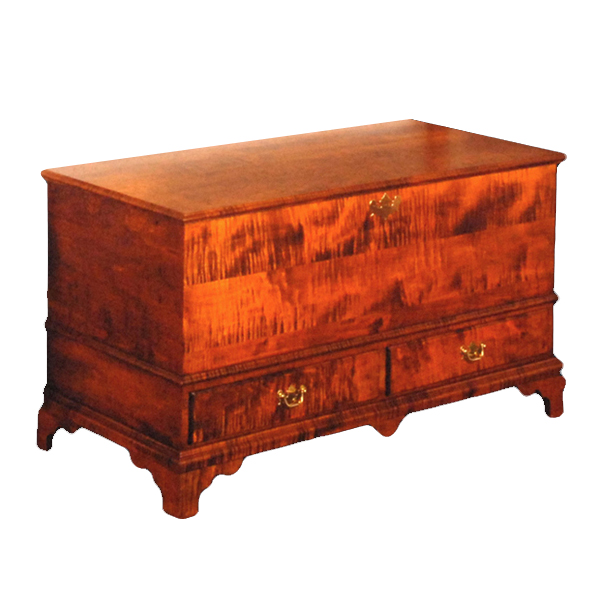 The heartwood of curly maple is typically a light tan (almost white) to reddish brown color and, of course, features a pronounced grain pattern. The sapwood is usually cream colored with a reddish tint. When curly maple is split along the grain, its growth pattern is exposed. The size, intensity, and consistency of the curl throughout the board determine the grade or quality of the wood.

Most maples grow to 30-145 feet in height. A 10-year-old tree is typically about 15 feet tall. Maples are native to the hardwood forests of northeastern North America, from Nova Scotia west to southern Ontario, and south to Georgia and Texas. Hard and soft maple species are both deciduous trees, meaning they are both considered “hardwoods” even though “soft” maple is a slightly softer wood that is somewhat easier to machine and sand.

The use of curly maple in furniture reached its peak in the American colonies during the 18th century. Used in most of the important furniture-making centers during that period, figured maple was most prevalently found in New England. Strongly figured tiger maple in otherwise run-of-the-mill furniture added greatly to its value, and can be found in Windsor chairs and settees, chests, bureaus, tables, cabinets and boxes of the period.

Prized for its beautiful appearance, curly maple is frequently used in the manufacturing of musical instruments, such as violins (hence the term fiddle back) and guitars. The Gibson Les Paul “Standard”, initially manufactured from 1958 to1960, sported a curly maple top finished in a cherry-red sunburst on a mahogany body. During the westward expansion of early settlers and explorers into the lands west of the Appalachian Mountains, curly maple was often used for making the stock used on Kentucky rifles. 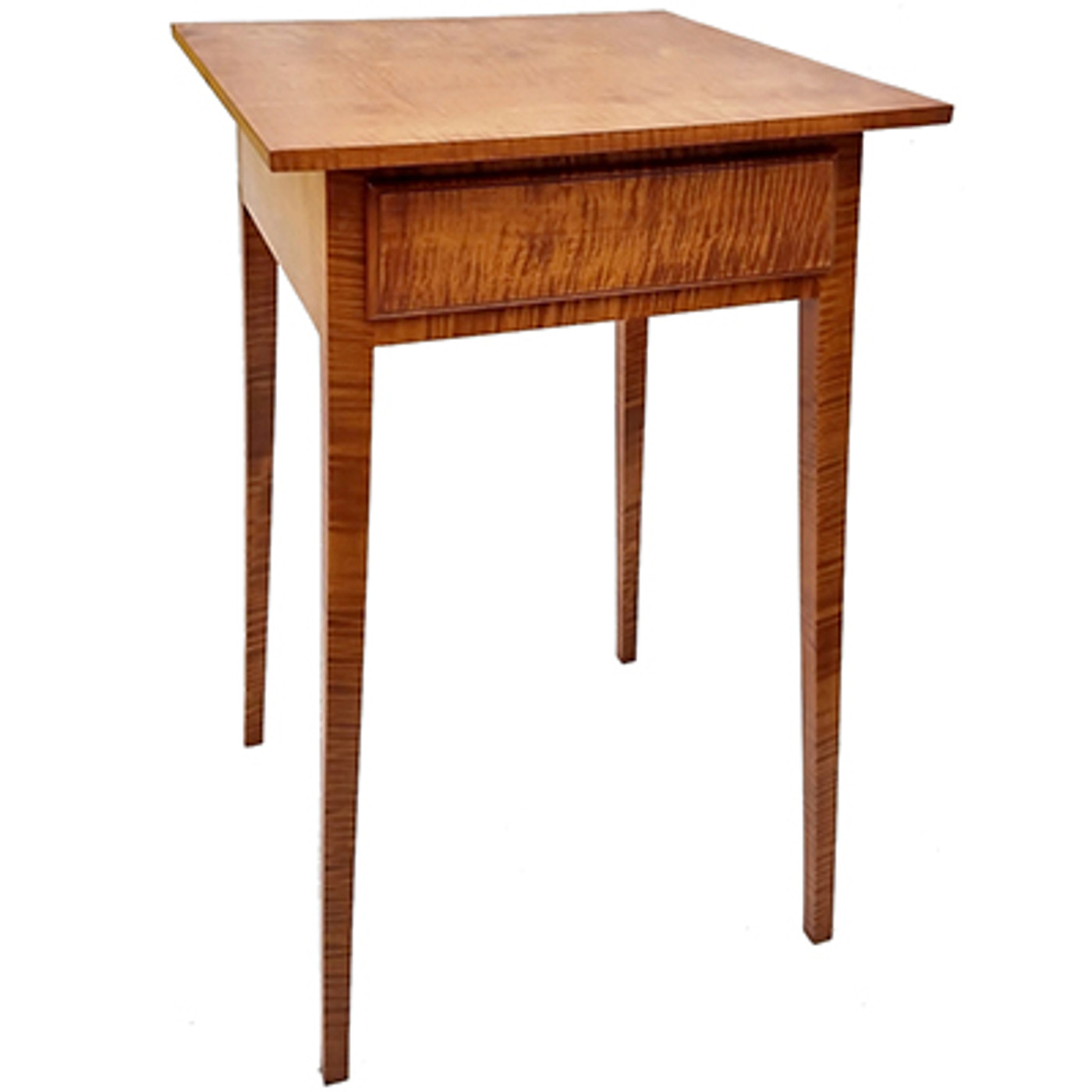 It is uncertain what causes the beautiful figure in curly maple. Some experts maintain that minerals concentrated in an area of the tree’s soil affect the grain, while others believe the pattern may be caused by a viral infection. Whatever the cause, the result is alternating bands of softer and harder wood. The softer wood reflects light differently than the harder wood, and also accepts stain or dye more readily as it absorbs more like a sponge. This allows the figure to “pop” or become much more distinguishable when finished, giving the maple the iridescent, three-dimensional depths that it’s most famous for.

While the curl is in the grain of the wood and not in the finish, the finishing technique is critical to the look of curly maple furniture. Curly Maple that is only sanded will appear flat and lifeless. The right finish applied to the wood, such as the Aniline Dye technique we recommend, simulates the desirable warm patina of colonial period curly maple piece.

To see an informative 3-minute video on finishing tiger maple, click on the link below:

Most of our products are available in Curly Maple. Shop today!