The History of Glue

The History of Glue

Glues are part of a larger family called adhesives. Most adhesives are chemical based, while glue is generally made from organic compounds. These terms, however, are used loosely today and most adhesives are still referred to as “glue.”

The earliest evidence of the use of glue can still be observed in cave paintings made by our Neanderthal ancestors in Lascaux, France. These early artists wanted their work to last and mixed glue with the paint they used to help the colors resist the moisture of the cave walls. The oldest known glue used to hold things together dates back to approximately 200,000 BC, made from birch bark tar to adhere spear stone flakes to wood. 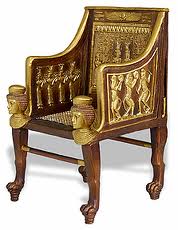 The earliest glues were made from various plant-based materials. The oldest known compound glue was made from plant gum and red ochre approximately 70,000 years BC, and was found in South Africa, so our ancestors were figuring out ways to stick two things together a long, long time ago! Later, people began experimenting with animal parts, such as teeth, hooves, and even fish air bladders to make glue.

Medieval monks used glue made from egg whites extensively as binding material for books, and to illuminate cartouches with gold leaf. Fish glue was made from the heads, bones and skin of fish in the same way as other animal glues, but this glue tended to be too thin and less sticky. By experimenting, early man discovered that the air bladders of various fish produced a much more satisfactory glue that was white and tasteless. This glue was later known as isinglass or ichthocol.

Glue from animal parts came into being when ancient tribes discovered that the bones, hides, skin, sinew and other connective tissues from animals could be boiled in water to separate out collagen, the protein in these tissues. The collagen was sticky and useful for holding things together. The collagen rich parts were cleaned, and boiled or rendered down into a gelatinous substance, removing the calcium and leaving only the collagen protein. They were then dried out, ground into a powder, and later mixed with water or another liquid and heated to obtain the desired consistency. This glue was brown, brittle, hard and not waterproof, yet this was the only glue available until World War I. At that time, glues made from milk or casein (the basic ingredient of cheese) as well as nitrocellulose glues were first manufactured.

As much as 6,000 years ago people were using animal based glues to repair ceramics. A tar-like glue was used for gluing the eyeballs of statues in their sockets in the time of the Babylonians, and the Egyptians used animal glues to adhere furniture, ivory, and papyrus. The Mongols and the Native Americans used glues to make everything from bows to canoes. Notably, Genghis Khan overcame all attackers because of the exceptional power and range of the weaponry his men carried—bows were made from laminated lemonwood and bullhorn bonded with an adhesive whose formula has since been lost to antiquity.

Furniture making relies heavily on glues. All of the great cabinetmakers from the sixteenth through the nineteenth centuries used glue in furniture construction, including Chippendale, Hepplewhite, Duncan Phyfe, the Adams brothers, and Sheraton. The great violin maker Stradivarius, whose name is synonymous with quality, used a secret adhesive process to laminate his specially treated woods. This process has been lauded as one of the reasons his violins could produce such beautiful music. Unfortunately, his methods have been lost, despite numerous attempts to rediscover them.

In the 1930s, advances in the chemical and plastics industries led to development of a wide range of materials called adhesives and plastic or synthetic resin glues. World War II led to a further flowering of this industry when neoprenes, epoxies and acrylonitriles were invented. These were used by the military and not available commercially until the late 1940s or early 1950s. 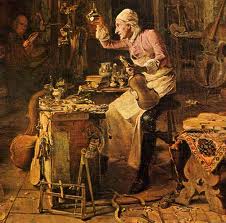 Hide glue was being used by the Egyptians as a furniture glue as far back as 2000 BC. Hide glue is made using the same process as all animal glues, though it uses only the skin. Although hide glue has taken a backseat to synthetic adhesives since the mid 1900s, it has still maintained a major role in repair and restoration of antique furniture, reproduction of period furniture, restoration, production and repair of musical instruments, as well as numerous other applications. One of the advantages of hide glue is that it sets rather quickly, which makes it ideal for use in veneers and musical instruments. It is also widely used in restoration work because joints can be loosened by heating or steaming the old hide glue and, unlike PVA glue, new hide glue can be applied or injected into joints without having to remove the old glue.

Unfortunately, hide glue has several disadvantages. It is not waterproof, it takes time to prepare (although it is now also available in a pre-mixed liquid form), and it smells pretty bad.

Synthetic adhesives are now used predominantly in everything from furniture to airplanes. Synthetic adhesives can generally be organized into two groups: reactive and non-reactive. Reactive adhesives include epoxies, urethanes, and cyanoacrylates (super glue). These adhesives harden through a chemical reaction. Some do this when two parts are mixed together, and some harden when exposed to heat or air. Non-reactive adhesives can be either solvent-based adhesives, which harden as the solvent evaporates and include white glue, contact adhesive, and rubber cement; or polymer dispersion adhesives, which are most often polyvinyl acetates (PVAc), and are used extensively in the woodworking and packaging industries. Bartley currently uses a waterproof PVA made by Franklin International called Tite-bond II®.

The Future of Glue

There seems to be no end in sight for the adhesives industry. As adhesives become stronger, more flexible, or, in the case of the medical industry, biodegradable, more and more fastening methods are being replaced with adhesives. Many doctors are now using adhesive in place of sutures. Automobile windshields with small cracks that once needed to be replaced are now being repaired in minutes by injecting an adhesive into the crack. In short, the future of the adhesives industry is limited only by our imagination.